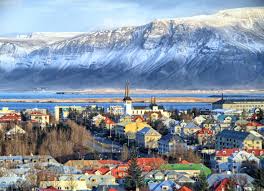 It may not officially be summer, but the weather in the Tampa Bay begs to differ.  In exchange for living in paradise six months out of the year, we have six months of living in an oven.  I've chosen travel as the best medicine for dealing with the ailment that is known as stifling heat.

We will kick off our summer with a frugal European tour.  Our Wow Airlines tickets were under $400 each, and we're keeping it low by traveling with backpacks that fit under the seat in front of us.  Not to worry... we are masters at washing clothes in the sink.  Besides, who wants to lug big suitcases around the subway or on foot in the Netherlands?  We're spending three nights in a two bedroom AirBnB apartment just outside Reykjavik.  Those three nights cost less than one night at a hotel in the city.  For the rest of the trip, I redeemed hotel points, so all of our lodging is free.  Our food costs will be higher than normal, and we'll have some other expenses related to tours and admission fees, but it won't be astronomical.

After we return from Europe I have to have surgery on my sinuses.  I've had an infection that won't go away.  Since summer is our slow season for work, it makes sense to take care of this now.  Unfortunately, it does mean I had to cancel two jobs I would have worked in June.

I hired a contractor to remodel both bathrooms.  Progress in the first bathroom is well underway, and I imagine it will be finished within a week or two.  I've asked the contractor to finish the second bathroom before my surgery.  Depending on cash flow, I have some other jobs around the house I'd like to get done.  The backyard fence is falling apart, and there is a laundry list of other smaller jobs I want to get done.

If we must deal with the heat, why not do it somewhere exotic?  In August we will spend a week on a small island off the coast of Belize.  Caye Caulker is so small that there are no cars.  We will take a water taxi from the mainland, and a golf cart will carry us to where we will be staying.  We redeemed Southwest points for our flights out of Fort Lauderdale, and I snagged the cheapest tickets possible on Megabus to get from Tampa to Fort Lauderdale.  Our condo on Caye Caulker for the entire week was only $305.  I plan to do as little as possible while there!  Seriously, I'm bringing books to read and ample sunscreen.  We'll surely rent kayaks and maybe visit some Mayan Ruins, but the purpose of this trip is rejuvenation.

Lastly, I'm getting close to crossing a major threshold financially:  transitioning from paying off debt to accumulating cash.  I started this blog in 2009 when I was looking at hardcore ways to pay off the half a million dollars in debt that I had.  My goal for 2017 is to reduce debt to $150,000, which is more or less the point I am comfortable with long-term.  Towards the end of the summer, I should be able to start allocating excess cash to my E*Trade account.  I'll still be whittling away at debt, but it's going to be super exciting to start building up financial resources for our future.

It's going to be an exciting summer.  What do you have planned?