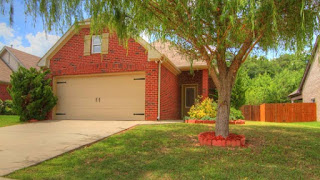 On landing in Las Vegas I checked my email, and it's official:  I sold one of the rental properties in Birmingham.

Originally purchased in 2006, I sold it for the same price I paid 9 years ago.  I lived in the home for about two years when I worked at the software company, but began renting it in 2008.  I tried to sell it in 2012, but the buyer talked me into doing a lease-purchase option instead.  Three years later, the buyer decided to downsize and moved out.  I listed it in March, worked with an agent friend for a few months, then switched agents.  It's been under contract for a few months, as the buyer's financing has taken much longer than it should have to be finalized.

This is a bittersweet end, as I created some amazing memories here.  But I also feel like a burden has been lifted.  Being an absentee landlord is harder than I estimated.  It's safe to say this won't be the last property in Birmingham that I sell.
posted on 11/05/2015