What Uber Rate Cuts Mean for this Uber Driver 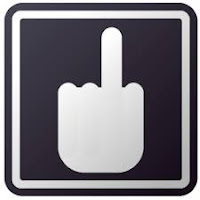 I woke up to a surprise this morning.  More accurately, after working a 21 hour shift yesterday, I groggily noticed a surprise as I was laying down at 4:10 this morning:  Uber announced a new round of rate cuts.  Thank you, Uber.  I am now confident that yesterday was the last 21 hour day I will ever work.

In Tampa Bay, rates have been cut approximately 30%:

Here's what veteran drivers receive after Uber takes its 20% commission:

Here's what new drivers receive after Uber takes its 25% commission:

A couple notes about these fees.  First, drivers are only paid when a passenger is in the car.  Time and mileage between rides or en route to a ride request is NOT paid.  Second, these are the GROSS Rates drivers receive, before vehicle expenses.  From these rates drivers must deduct fuel, depreciation, repairs/maintenance, insurance, cleaning supplies, self-employment taxes, income taxes, etc.

The new rates represent a 75% discount to what taxis charge in Tampa Bay.  A 75% discount for a superior product.

I can no longer earn money driving for Uber.  Prices must be surging 1.5 times just to equal the old rates, which no one would argue were already very low.  Most people would favor Uber even if Uber's rates were comparable to taxis, since the service is so much better than taxis besides the cost of the ride.  For now, I will focus on driving for Lyft until they decide to match Uber's rates.  Uber is offering driver's guarantees temporarily, but even those are very low.  For example, during non-peak periods, the guarantee is $10/hour before Uber's commission; after the commission it is $8/hour for veteran drivers and $7.50/hour for new drivers.  This is the GROSS amount, before drivers take out expenses.

Knowing this, how can a customer order an Uber with a clear conscience?  Aren't they preying on the ignorant driver who isn't smart enough to realize how much money he is losing?  Is it ethical to take advantage of another person's ignorance?
posted on 1/09/2016

Email ThisBlogThis!Share to TwitterShare to FacebookShare to Pinterest
Labels: Uber