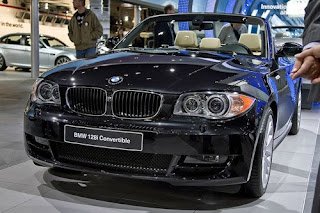 Just about every frugal miser has violated the Miser's Code of Frugality a time or two. I committed a heinous violation earlier this year.

In March I purchased a 2009 BMW 128i convertible. I was driving a Toyota Corolla, a respectable car for a miser. When the 128i first came out, my high school dream of owning a Bimmer reared its ugly face.

I committed another violation of the Code of Frugality by financing the car. I didn't even make a down payment. I figured with a 3.9% interest rate and a steady job of six years that I could afford the payments.

Less than one month after purchasing the car, I received an action plan at my job, part of our new Six Sigma bureaucracy. I suspected in April that my job was not safe. Alas, by the end of August I would be unemployed. So now I am unemployed, but am making an almost $800 monthly payment on this car.

Huge, stupid mistake. I should have been banned from the Misers Club for making such a move. Instead, I have been forced to explore what a real miser would do to cut costs everywhere from the water bill to fuel purchases.

Email ThisBlogThis!Share to TwitterShare to FacebookShare to Pinterest
Labels: debt