The Next Page, Part 2 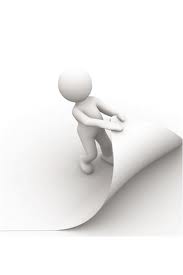 I am compelled to at least touch on a secondary factor that's driving me to make major life changes.  Besides the need to get in shape, I'm concerned about the health of my community.

I live in Jefferson County, Alabama.  In case you aren't into the news, my county filed the largest municipal bankruptcy in history last year.  Already, major changes have taken place:  three of the four satellite courthouses have been shuttered, potholes aren't being repaired, and there's serious talk of closing the indigent hospital.  This is only the beginning of major changes to come.  I'm all for smaller government, but with a drastically reduced police force and under-investment in infrastructure, my community won't be as desirable in coming years.

Last week The Birmingham News (along with a handful of other papers) announced that it will reduce its publication to three days a week.  When I was in high school we had two daily newspapers - one was delivered in the mornings; the other in the afternoons.  Soon this community won't have a daily paper.

Finally, our sewer system is straining under $3 billion of debt.  They've sent the crooks to prison, but the debts they obligated the citizens for remain.  Sewer rates are already 400% higher than they were 10 years ago, and they are about to head much higher.

Did I mention seven of my nine properties are in Jefferson County?

I'm actually opposed to diversifying one's assets in general.  I side with Warren Buffett on this issue:  diversification is but a hedge against ignorance.  If you know what you are doing, why not make it count by going all-in?  So, I'm not diversifying by asset class - my money still belongs in real estate.  But I am diversifying by geography. It's just the prudent thing to do considering what's going on in my area.
posted on 5/29/2012