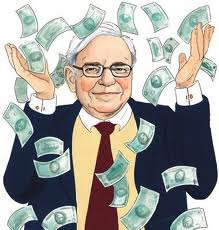 It's been a busy week!  I'm really glad that I planned my annual trip to see Warren Buffett with mystery shopping in mind.  Sure, I'm on the road a bit more, but that means the long drive each way is spread out over three days of driving AND I am paying the costs of this trip by mystery shopping.

I kicked off the trip by doing 4 gas station audits.  I found a restaurant to shop for lunch at the last minute.  Then, I spent the night Wednesday night in Dyersburg, TN, where I mystery shopped a hotel.  I found a restaurant to shop in the mall across the street from the hotel.  I love being able to do multiple shops without getting in the car.  Total out of pocket:  $0

Thursday was an easy day.  I drove from Dyersburg, TN to Keokuk, IA.  I redeemed 7,500 Hilton Honors points to stay at the Hampton Inn in Keokuk.  Along the way I shopped two restaurants.  I saved the food from the second restaurant and ate it for dinner.  I did need to stop for gas before I reached Keokuk.  Total out of pocket:  $15


On Friday I drove from Keokuk to Omaha.  I started the day doing a gas station shop in Fort Madison, IA as well as a last minute breakfast drive-thru shop there.  That covered lunch since breakfast at the hotel was free.  I was running low on gas so I put $13.50 in the tank, which was not part of a mystery shop.  When I arrived in Omaha I had six additional gas stations to audit.  I also found a casual dining restaurant to shop Friday night.  It was a sit-at-the-bar shop with minimal narrative; one of the easiest casual dining shop reports I've seen.  In prior years I have attended a cocktail party at Borsheim's, but I opted out this year because last year it was so crowded that I didn't enjoy myself (imagine that:  free booze and food and I passed on it!).  For my hotel in Omaha I redeemed 25,000 Hilton Honors points for two nights at a Hampton Inn.    Total out of pocket:  $13.50


Today (Saturday) was the big day:  the annual Berkshire Hathaway shareholder's meeting.  This was the whole purpose of my trip, so there was no way I was missing that.  I was up at 4:30 AM and arrived at the CenturyLink Center before 6 AM.  In prior years this has been early enough to ensure a seat on the main floor in front of the stage, but unseasonably mild temperatures (lows in the mid 60s versus high 30s last year) meant I didn't arrive early enough.  Still, I had second row seats in a reasonable area of the arena.  I I left just before the lunch break to shop four gas stations.  I ate lunch at a Chinese place not too far from the arena (under $10).  I was back in time for the meeting to resume but spent a few minutes in the exhibit hall before heading back to the arena.  There were several viewing areas in the exhibit hall so I did not miss much.  I only purchased a three pack of t-shirts from the Fruit of the Loom station ($5).  After the meeting (I left 10 minutes early to beat traffic), I took the trusty Corolla to get an oil change.  The oil change, of course, was a mystery shop.  This was in Council Bluffs and I had a bit of an itch to gamble, even though Charlie Munger detests gambling and got on his soap box about it today.  I stopped at Harrah's for about an hour.  I was lucky:  I left with $10 more than I came.  Total out of pocket:  $5


I'm having a blast and hate that the remainder of the trip is the ride home.  Driving home is never as fun as heading there to begin with.  I do have 6 shops to do tomorrow on my way to Kansas City.  I will definitely have to come out of pocket some time Monday for gas, but with a tank that's nearly full now I expect that it won't be too expensive.  Hopefully on Monday morning I will be meeting a fellow frugal miser, Andy from Tight Fisted Miser.  We are planning to meet for breakfast if we can work out the logistics.
posted on 5/05/2012